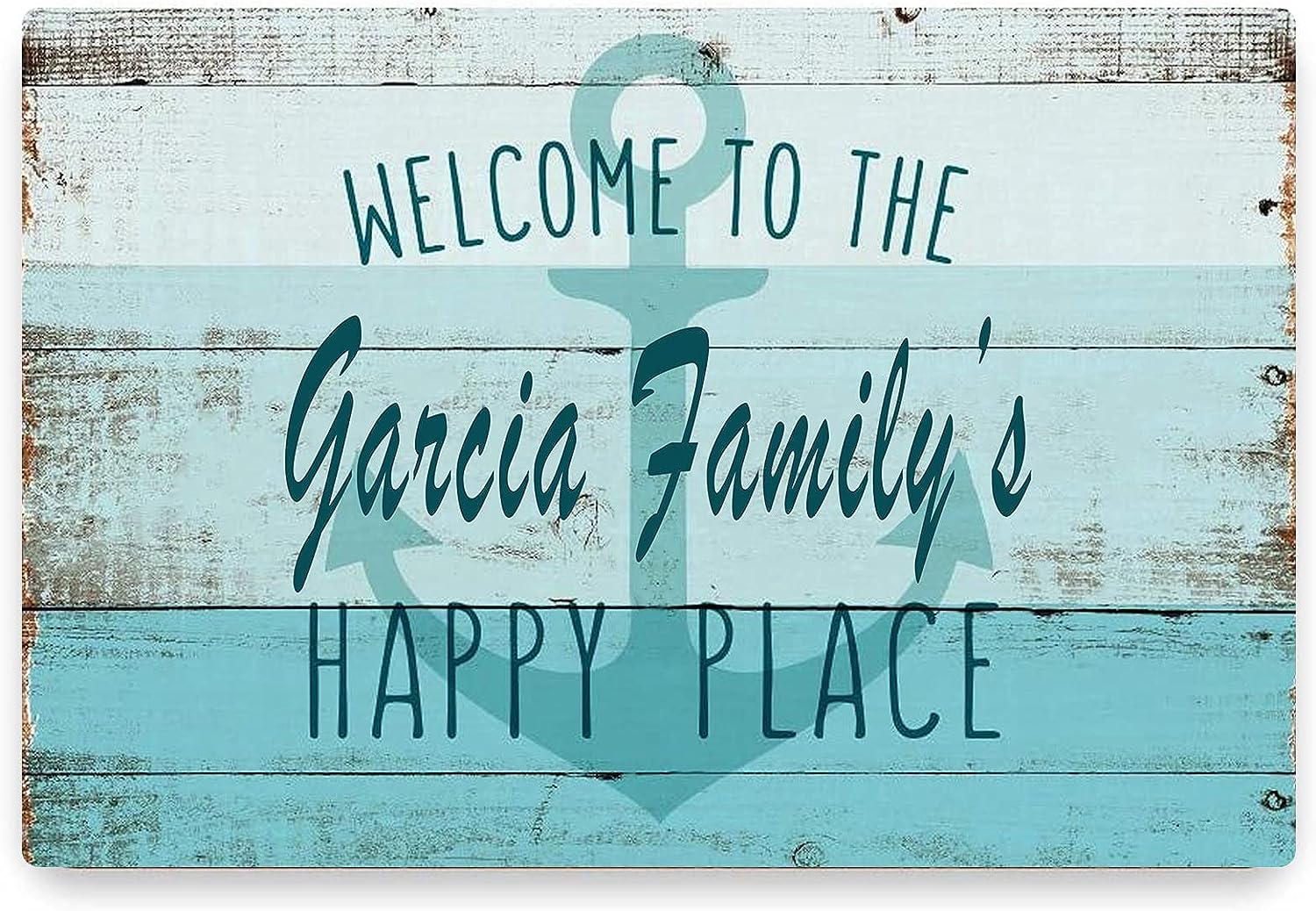 Gxiliru Focus on making customized items, only custom for you.

Ideal For: Each of our metal signs are professionally printed using vibrant colors. Choose from our many business, nostalgic, retro, vintage and funny signs. Accent your home, office, garage, rec room, shop, hunting lodge, fish camp, bar, man cave or most anywhere with these quality signs. Display these signs with pride or give them as gifts.

Gifts full of personality: Our signs are carefully designed to look stylish and easy to read. They are ideal for home and courtyard use as well as professional businesses.

Ever wanted to play a version of EB that wasn’t childishly easy? Where the colors weren’t odd, the translation was more accurate to the Japanese, and the game was improved in EVERY way? How about not having to juggle all of Jeff’s tools in his tiny inventory, or having animations for ALL the PSI and not just some? How about being able to teleport to Happy Happy Village and Dusty Dunes Desert?

And much much more! (Check out the full change log in the README on the 2.0 ROMhack page)

Hues of Mana gives SD3/ToM A new coat of paint!

If you were tired of the color inconsistencies and, in some cases, outright errors in the otherwise wonderful looking Seiken Densetsu 3/Trials of Mana, this patch comes to the rescue!

The author tried their best to make appropriate, tasteful choices in all cases (and hopes they succeeded!)

Because recoloring is tricky when it comes to personal taste, this project is actually a set of patches, some of them very close to vanilla (outside of a misasigned palette that was corrected), so there is something for everyone, the author hopes.

What actually started as a pet peeve grew into a project with the collaboration of several valuable, kind and patient individuals, and it is a great joy to present this to everyone.

New to version 1.1 is a correction pointed out by soul_knight (thanks!)

Also thank you for everyone that already downloaded/tried the patches, it is certainly surprising that were so many downloads considering a front page news piece is only now being placed.

As a final note, this patch is compatible with other hacks as well as the official localization, provided the hacks used in conjunction with Hues of Mana don’t change colors, of course. Make sure to check the readme for application instructions and patch ordering.

Be afraid... of Makai-Mura in English! (Makai-Mura 1.0 English Translation Released)

Does anyone remember Ghosts n’ Goblins? You know, the one where you’re a knight saving a princess from a demon king? The one where you’re naked if you’re hit once and turn into a pile of bones after being hit twice? Yeah, THAT Ghosts’ n Goblins!

For those who don’t know, this game was originally known as Makai-Mura (Demon World Village). This patch translates the game to English.

Well, the title screen mostly. The endings (fake and real) are full of “Engrish” which was cleaned up so that they make sense in English. This may or may not be a translation per se, but the title screen was changed mostly, so… yeah.

Thirteen years after its initial launch, Soul Eater: Monotone Princess, based on the hit manga/anime series of the same name, has finally been translated into English! Started by Soul Reaper at the very tail-end of 2019, this release marks the second of three Soul Eater games fan-translated by the Anime Game Translations Team, with a patch for the first, Medusa no Inbou released in 2020.

In this 3D action game for the Wii, players take control of Maka Albarn, Black☆Star, and Death the Kid to beat up enemies on missions, interact with the students and staff of the DWMA, and uncover the truth behind a series of mysterious mass disappearances which threaten world peace.

The game features an all-new witch, a wizard, and a whole host of bloodthirsty killers based off of classic horror movie villains and historical figures. It also boasts an original story accompanied with animations done by Bones, the studio behind the Soul Eater anime.

Play through the vanilla Aria of Sorrow experience, but with a new visual style!

As this patch only aims to change palettes, they may or may not work with other AoS patches.

Test on your own and find out!

One day Link finds a portal to a strange land. Curious he starts exploring the magical world of Amida. Little does he know, that he’s on a brand new adventure that will take him to places he couldn’t have imagined. Amida has a deep emotional link to our hero. Can Link unravel the secrets of Amida and return to his own world?

Zelda II – Amida’s Curse is a brand new Zelda II adventure. The game has been build up from the ground. With a new world, new graphics and an original soundtrack by bentglasstube. The focus of Amida’s Curse lies on exploration above combat. Gameplay has been altered to make this, above all, a fun gaming experience. So, difficulty is lower than the original Zelda II, there are no cheap deaths and grinding isn’t necessary.

This has been a passion project spanning over 18 months of development time. A huge thanks to all people involved in making Zelda II – Amida’s Curse truly shine! You will find much more info in the ReadMe!

Now, go explore! A whole new world is waiting for you!

You can watch the release trailer here: https://www.youtube.com/watch?v=ZCqrJi8xbZg

Fire Emblem E3 (FEE3) is a yearly event held by the Fire Emblem hacking community, running since 2011. Every year, rom hackers and fan game developers showcase their work over the previous year to the wider community.

The event was initially launched in the aftermath of Nintendo’s failure to translate Fire Emblem: New Mystery of the Emblem for the Nintendo DS. The community feared that official English translation would cease, ending the series in the West. The romhacker Arch believed that if Nintendo would not make new Fire Emblem games, the fanbase would make them. Though translation for Fire Emblem Awakening was soon confirmed, the event continued anyway. From a seven-hour long video in 2011, this year’s event will last twenty days, showing off a massive eighty unique projects.

Among the hacks being shown off this year include Pandan’s Spotted Zebra Boys' Long-Sleeve Polo Shirts sequel to Vision Quest, one of the most popular hacks to come out of the community, Knabepicer’s Storge, which allows the player to construct their party at the very beginning of the game before embarking on a quick adventure, and Permafrost’s Deity Device, featuring three “discs” worth of content along with a revamped magic system.

Returning projects include Snakey1 and 1st_lieutenant_noguchi’s Legends of Avenir, where the player can freely customise their character and decide how they would interact with the world, somewhat like a “choose your adventure” book, HyperGammaSpaces’ Sacred Echoes, a demake of Shadows of Valentia to Fire Emblem 8 with mechanics such as Gaiden’s magic system faithfully implemented, and Vesly’s Pokémblem, which adapts Pokémon Red and Blue into Fire Emblem 8, with mechanics combining the two together.

Fire Emblem E3 is being supported by Fire Emblem Universe, the main location of the Game Boy Advance’s community, and its forum thread can be found here. All videos are showcased on its channel, with a new video being uploaded every six hours. The playlist can be accessed here.

The star of the Algo System shines with a new intensity

Vinyl Wall Clock Compatible with KISS Wall Clock, Vinyl Wall Clo is sprite modification for the Sega Master System’s Phantasy Star. It redesigns a lot of the game sprites with newer ones inspired by the art style of the PlayStation 2 remake. This project includes the previous Phantasy Star CSI, that is in fact a sprite modification for the main characters. This mod is compatible with other hacks for this game. You can check out some translation hacks like the Brazilian Portuguese one by mad-dentist, that is already using a previous version of this project. This wonderful game never get old, but if you want to give it a new look, then you can try this hack.

Ys vs. Trails in the Sky: Alternative Saga 100% translated!

Ys vs. Trails in the Sky: Alternative Saga is now fully translated!

This is a translation of the crossover fighting game Ys vs. Sora no Kiseki: Alternative Saga, released by Nihon Falcom in 2010.

The patch includes a 100% translation with additional quality of life features. All menus, story dialogue, and graphics are fully translated and proofread to align with Ys and Trails series standards. An X/O button swap is implemented to reflect western releases of PSP games.

This translation was produced by the V Sector team of Falcom fan localization group, the Geofront.

More information can be found in our release post here: https://geofront.esterior.net/2021/10/16/ys-vs-trails-in-the-sky-alternative-saga-is-out-now/.

A new translation for Puyo Puyo 7! Now in its Wii quality with voiced cutscenes and better graphics!

This patch was planned to be a port of the DS one, but upon porting the text, we’ve encountered bad translations, localizations and most importantly made-up dialogues that was never there in first place! That made fans think some stuff was actually canon…

About 80% of the story has been retranslated, and all school lessons have been rewritten too!

I recommend checking it out if you previously played the DS patch!